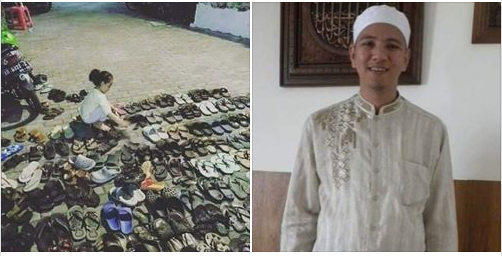 January 12th, 2014 marked the birthdate of the late Dr. Khalid Abdul Muhammad, who wore many hats during his life's mission, including serving in the Nation of Islam under the leadership of The Hon. Louis Farrakhan as well as later heading The New Black Panther Party.

The Hon. Elijah Muhammad taught us we can't accurately judge a person's life while they are yet living, because life is about change, transition and growth. Once the period ending of life has come we can then go back and examine their life and determine their value.

It is not my place to assign value to my late brother, Dr. Khalid Abdul Muhammad, however, during this time of remembrance of him on the occasion of his birth anniversary, I would like to express what he meant to my life as a Black man, Muslim, activist and savior to black people.

The Yorouba Proverb states, 'If you eat well, you must speak well' which teaches us the importance of showing gratitude to others who share with us. My brother, Dr. Khalid Abdul Muhammad, was one of those who fed me very well in my growth into consciousness, so I will always speak well of him and honor his name in my household.

There is none perfect except God, so I am sure if I chose to look for the bad in Bro. Khalid I could find it. However, I choose to focus on the BEST of Dr. Khalid Abdul Muhammad in this writing. This is in line with the wisdom of The Most Hon. Elijah Muhammad wherein he states, "Do not take the bad side of a thing that appears to us as bad; there is always a good side, it is better to take that side."

LOVE OF BLACK- The Hon. Louis Farrakhan as recently as last year[2013] stated to his followers, "I wish you would love black people the way Khalid Muhammad did." The Minister has spoken of the many instances of where Bro. Khalid was a lover of black people and this is something we[his followers] need to do better. As a young teenager transitioning from my ignorance to a conscious black man, Dr. Khalid Abdul Muhammad inspired me to love black people deeply and commit my life to their rebirth, resurrection and rise.

Many times during my 18 year journey I have faced severe frustration as I worked for and among black people. It it my deep personal commitment to BLACK that keeps me ever going despite my personal disappointment with us sometimes.

Dr. Khalid Abdul Muhammad's love for everything black was strong until his death. Even when he left his spiritual home(Nation of Islam) and spiritual father(Min. Louis Farrakhan). He didn't sit down on the cause he found another platform[New Black Panther Party] to express his love for the black man and woman. He was consistent in his love(whether we agree or disagree with how it was expressed) and purpose for being: The Black Man and Woman.

BOLDNESS/FEARLESSNESS- I first heard Dr. Khalid Abdul Muhammad's voice on Ice Cube's Death Certificate Album. As the first side of the tape[death side]ended I heard the voice of a bold black man speaking a powerful truth for the liberation and salvation of the black nation. I was still a mentally dead person at the time, however his strong stand for black people would penetrate my ignorance as I would listen to his insert over and over again.

Whether he was on C-Span, Phil Donahue's show or any other public platform he was courageous enough to say what he meant and meant what he said. In a world where so many conform or downplay their real ideas because of what others will say, think or do Dr. Khalid Abdul Muhammad's boldness is something we all can use a dose of.

ISLAM/KNOWLEDGE- Most people's view of Dr. Khalid Abdul Muhammad was that of a very vocal black man who spoke strongly and boldly for black people's interest and was a critic of mainstream society. And while that was true and I love that aspect of him what I grew to learn and appreciate from Bro. Khalid was his immense knowledge of Islam both from the perspective of what might be termed Orthodox Islam and The Teachings of The Hon. Elijah Muhammad. He could speak to any ideology or group of black people in their own language and show them commonality.
Tags Motivasi
Danang Galih Putra Diposting : Kamis, 13 Februari 2020, Februari 13, 2020
Bagikan ini ke