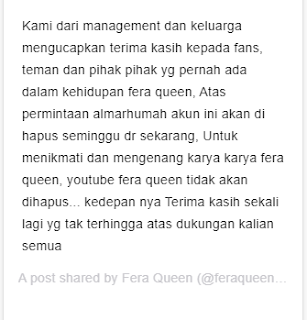 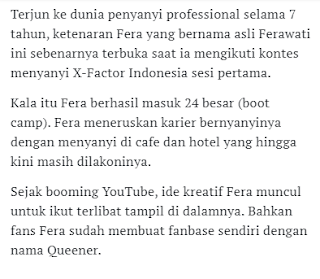 UK overseas investors have been doing remarkably well out of Brexit. That’s the findings of Natixis Global Asset Management’s annual Global Portfolio Barometer, which has found that UK portfolios with significant non-sterling assets saw average performance of more than 13 per cent.
That far outstripped even US investors, who came second globally with average returns of 8.2 per cent.
Interestingly, though, a large part of that success was as a result of currency risk, with currency-related returns outperforming the underlying equity markets.

Matthew Riley, head of research at the portfolio research and consulting group, says: “A substantial part of the explanation is currency risk which is no surprise since currency moves in 2016 were the highest since 2008 and had a large impact on the surveyed portfolios.
For example, he says, a UK investor with unhedged US equity exposure (in other words, without making compensating investments to counteract the risk) would have gained an extra 19 per cent return in 2016 due to the depreciation of the Pound versus the Dollar.
"For eurozone equities, this would have been around 16 per cent, and for Japanese equities this would have been 23 per cent. Currency impact was also seen in allocation funds, EM debt and high yield debt funds, which are often not hedged by advisers.”
He adds: “In equities, these currency-related returns were more than the returns of the underlying equity markets. In fact, adding up all of the currency impact, we find that about 7 per cent of the return contribution to UK adviser portfolios, or 50 per cent of the total returns in 2016, came from currency risk.”
One thing is clear, there’s money to be made trading currencies. But for new entrants to the market face a bewildering array of options, platforms and terminology, so here’s a rundown.

Will I make any money?
Forex is risky. It’s so risky that many commentators have likened home traders to professional gamblers, arguing that the idea an individual can reliably predict the movements of currencies is nonsense.
There are an abundance of platforms and guides and books and investment tutorials that suggest it’s possible to make a small fortune trading currencies. However, spend any time reading forums and there are hoards of bedroom Forex traders losing money day after day.
It can be very expensive to make currency transactions and individual traders usually don’t have a large enough pot to make anything other than small gains.
It’s essential that would-be traders don’t invest money they can’t afford to lose.

What next?
This whistle-stop tour of currency trading is not enough to equip a would-be investor with everything they need to know to stand a chance of making an actual return. It’s a complex area and one that, even with extensive reading and knowledge, is full of risk.
There ae stockbrokers and financial advisers available to discuss standard investments and degrees of risk, but for individuals trading Forex it’s largely self-taught and fraught with risk.
Before undertaking any kind of online trading, it’s a good idea to spend time reading more and talking to other investors. Just be aware that any book, tutorial or guide that promises large returns is not being entirely honest about the level of risk involved.
See how much you could save on international money transfers with XE: click here to sign up and make a transfer
Who’s trading?
A lot of people. Foreign exchange is most commonly known as Forex and Forex is the world’s most traded market. According to CityIndex there’s an average turnover in excess of US$5.3 trillion every single day. That’s 4.24 trillion pounds at time of writing, although as will be seen that can change.
A lot of different people are trading, from large companies to part-time traders operating out of their bedrooms, something that only became possible with the proliferation of the internet.

What drives currency movements?
Most people already know that the values of currencies shift, that’s why exchange rates change. And the changes in those rates are determined by multitude of traders buying currencies with other currencies and making judgements on what each is worth in relation to each other.
Prices can change at incredible speed in response to news and global events. Traders look at key factors, including political and economic stability, currency intervention, monetary policy and major events such as natural disasters.

How does it work?
When trading Forex, currencies come in pairs, for example, sterling/US dollar. The trader predicts how the exchange rate between the two currencies will change. So, if the trader believes that US dollars will strengthen against the pound then they buy dollars, which means they are also ditching their pounds.
If they are right then the value of their currency rises and they can sell for a profit. If their hunch was wrong then they lose.
For example, the GBP/USD rate shows the number of dollars one pound can buy. If a trader believes the pound will increase in value against the dollar then they use dollars to buy pounds. If the exchange rate rises then they can sell the pounds back for a profit.
One of the reasons Forex trading is so popular with hobbyist investors is that the markets are open pretty much 24 hours a day, following the different countries’ time zones.