History of Islam - Islamidina,- Islam is known as the heavenly religion or the religion of the sky brought by the Prophet Muhammad on the orders of Allah SWT.

The word "Islam" also has a meaning which comes from Arabic "Aslama" which means safety. In addition, Islam also means peace and safety based on submission to Allah SWT.

As we know, Islam is one of the majority religions in the history of human civilization. The beginning of Islamic teachings appeared in the year 610 AD with Muhammad S.A.W. as a carrier for the message at the same time perfecting the religions brought by the previous prophets and messengers. 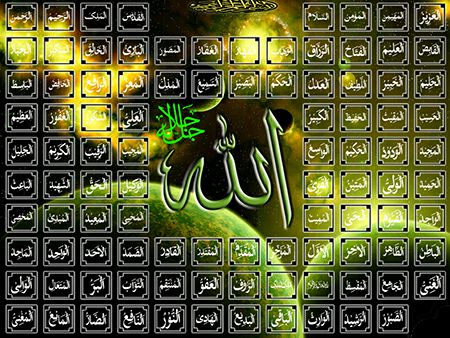 But do you know the History of Islam?

The history of the establishment of Islam began in Arab countries, beginning with the birth of the Prophet Muhammad SAW on April 22 571 AD or 12 Rabiul early to coincide with the elephant year of the couple Abdullah bin Abdul Mutholib and siti aminah binti wahab.

At the age of 40 years, the Prophet Muhammad was often alone and took a nap in the Hira Cave. Until finally on 17th Ramadan 11 SH or 6 August 611, he was visited by the Angel Jibril who came to deliver the first revelation from Allah SWT to him "Read by (mentioning) the name of Allah Who Creates ..." (QS. 96: 1-5) . With the revelation, Prophet Muhammad SAW was chosen as an apostle by Allah SWT.

The history of Islam during the time of the prophet Muhammad SAW is divided into 2 periods, namely the period of Mecca where the Prophet spread Islam in his homeland until finally he received orders to be Hijrah or migrate to Medina and continue the spread of Islam in the area.

History of the spread of Islam in this world

Discussing the history of the spread of Islam in the world cannot be separated from the leadership of the Prophet Muhammad and four of his companions, who were known as khulafaur rashidin.

Islam also gave birth to world cultural heritage. Therefore the history of Islam is interesting to know. In the following, there will be several reviews about Islamic history that you should know.

Abu Bakr Ash Siddiq was appointed to replace Prophet Muhammad SAW as the Caliph where at that time there was a dispute between the Muhajirin (Muslim Makkah who moved to Medina) and the Ansar (Muslim Medina).

Abu Bakr Ruled for approximately 2 years and made rapid progress in the social, cultural and legal fields. In the Age of Ashes also managed to compile the Qur'an in one Mushaf.

To the Caliphate Abu Bakr continued to expand until it reached Persia, part of the Arabian Peninsula and a part of the Byzantine Empire

He also able to resolve the dispute between Arab tribes who were reluctant to submit to Medina after the death of the Prophet Muhammad. Abu Bakr died at the age of 61 in 634 AD due to illness.

Umar Bin Khatab was the second Khulafaur Rashidin to replace Abu Bakr. Umar was chosen to be caliph on the will of Abu Bakr who had previously negotiated with his companions.

Umar was Caliph for 10 years.His territory also developed to include the Arabian Peninsula, Palestine, Syria, most of the Persian region, and Egypt.

At the time of his leadership, Umar divided into the caliphate into 8 administrative provinces, namely: Makkah, Medina, Syria, Basra Jazirah, Kufa, Palestine, and Egypt.

he also to start setting up the payment system for salaries and land taxes,Create a government administration system, Established a court and baitul mall, Forge currency,    Make a hijri year calendar and Finally Umar died in 644 AD or 23 Hijriyah.

Utsman bin affan was elected caliph to replace Umar Bin kattab and ruled for 12 years.The area of the caliphate includes Armenia, Tunisia, Cyprus, as well as the remaining parts of Persia, Transoxania and Tabaristan.

During his leadership, utsman was successful to build Dams to regulate water distribution and stem floods, roads, bridges, mosques, and expand the Prophet's Mosque.

A conflict arose because of the appointment of Uthman's family as state officials.Utsman died in the year 644 AD or 35 Hijriyah because he was killed in a rebellion.

Ali replaced Utsman as caliph with great support from the community, Ali's reign lasted for 6 years.

Due to the alleged neportism perpetrated by Utsman, the governors were disabled, took back the land that was distributed by Utsman and returned it to the state.

Back to using the annual tax distribution system that had been imposed by Umar, there was a rebellion led by Talha, Zubair, and Aisyah due to Ali's reluctance to sentence Uthman's killers to death, resulting in the Camel War, Ali won.

The emergence of resistance from the governors who felt they were losing power led by Muawiyah, the Governor of Damascus.

The history of Islam records that after the leadership of Khulafaur Rasyidin, Islam entered the dynasties that used the mornarchy system.

Ali Bin abi Thallib is the end of the era of Khulafaur Rashidin. After that came the Arab empire as a successor, among others, such as the umayyah ( Bani Umayyah ), the Abbasids ( Bani Abbasiyah ), the Umayyads ( Bani Umayyah ), and the Ottoman Empire ( Kesultanan Utsmaniyah).

The Arab Empire succeeded in spreading Islam to all corners of the world including Europe and Africa. Islamic civilization is growing and leaving legacies in various fields of life.

History of Islam in Indonesia

The history of the spread of Islam throughout the world also includes Indonesia. Starting with the entry of Muslim traders in the 7th century AD who finally mingled with the local community.

The decline of the era of the Hindu and Buddhist kingdoms made Islam increasingly developed in Indonesia.

Which until now has finally become the majority religion in Indonesia with approximately 85% of the population being Muslim. In fact, Indonesia is a country with the largest number of Muslims in the world.

With all the available evidence, the fact of Islamic history that the legacy of Islam is the forerunner of modern culture is indisputable. Islamic civilization has changed the world for the better by developing science to facilitate human life.  Islam is a religion that is rahmatan lil 'alamin, a blessing for the entire universe.

Thus our brief discussion of the history of Islam and its spread in the world, including its spread in Indonesia. may be useful. Wallahu A'lam Bisshowab. Wassalamualaikum wr. wb.