History of Islam in indonesia -->

History of Islam in indonesia 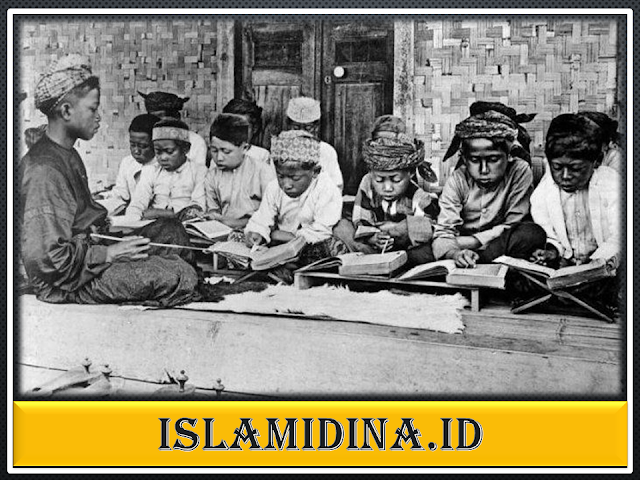 History of Islam in indonesia - Islamidina,- Islam is the religion that has the most adherents in Indonesia because it is spread in various ways. Before that, it is better if you know the history of Islam first. The following Muslim prayer rugs explain how to spread Islam in Indonesia:

History of Islam in indonesia began In the 7th century AD, the Indonesian nation had the arrival of Islamic traders from Gujarat / India, Persia, and the Arabs. They have taken part in trading activities in Indonesia.

This is a logical consequence of creating trade relations between the Indonesian people and Islamic traders. Apart from trading, as a Muslim he also has an obligation to preach so that Islamic traders also convey and teach Islamic religion and culture to others.

Thus, gradually the religion and culture of Islam spread from Gujarati / Indian, Persian and Arab traders to the Indonesian nation. The process of spreading Islam through trade is very profitable and more effective than other means.

Among the Islamic traders there were those who settled in Indonesia. Until now, in several cities in Indonesia there is the village of Pekojan. The village used to be the residence of Gujarati traders.

Koja means Gujarati merchant. Some of these traders married Indonesian women. Especially princesses of kings or nobles. Because of that marriage, many royal or royal families converted to Islam. Then followed by the people. Thus Islam rapidly developed.

The rapid development History of Islam in indonesia led to the emergence of clerical figures or preachers who spread Islam through education by establishing Islamic boarding schools.

And it is in the pesantren that young people study knowledge related to Islam. Which if these students finish studying Islam, they have an obligation to teach the knowledge they have received back to the surrounding community.

A king has great power and influence and plays an important role in the Islamization process. If the king of a kingdom embraced Islam, his people would automatically embrace Islam in droves.

Because the Indonesian people have high obedience and the king has always been a role model for his people. If the king and the people embraced Islam, it would be for political purposes that the expansion of the kingdom would be held, followed by the spread of Islam.

5. Through Da'wah in the Community

The guardians are native Indonesians, except for Sunan Gresik. They play several roles in society as:

3. advisor to kings of Islam

4. developer of regional culture that has been adapted to Islamic culture.

Because of their role, the saints are very well known in the community.

The development of Islam can be through cultural arts, such as buildings (mosques), sculpture, dance, music, and literature. This method is often found in Jogjakarta, Solo, Cirebon, etc.

The cult of wayang which is full of doctrines. For example: symbolic characters in wayang are adopted or create other names that can be closer to Islamic teachings, Creating new characters and new narratives full of teachings.

Sounding the drum as an invitation to pray for five times as well as a reminder alarm, because people's instincts are familiar with the echo of the drum as a caller for a crowd event. Shifting the occult tradition with prayers to expel genies as well as prayers for sending ancestors, for example, is called Tahlil.

A Sufi is usually known for living in simplicity, they always live the life of their people who live together in the midst of their society.

Sufis usually have skills that help society and spread Islam. Sufis at that time included Hamzah Fansuri in Aceh and Sunan Panggung Jawa.

Through the above channels, History of Islam in indonesia was able to develop rapidly and was well accepted by the community in the 13th century. And as for the factors that caused Islam to develop rapidly in Indonesia, among others: The requirement to convert to Islam is only done by saying two syahadaah sentences; The procedure for worshiping Islam is very simple; Religion that spread to Indonesia was adapted to Indonesian culture; The spread of Islam was carried out peacefully.

History of Islam in indonesia